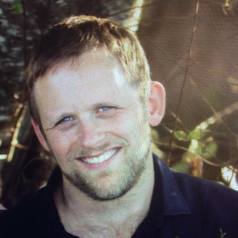 Matthew Ashdown has been a public speaker and life coach for over 12 years and has spoken to crowds around North America. In 2007 he and his friend Brad Morris released The Original Gratitude Dance on youtube. Picked up by Good Morning America it lead to him co-hosting the radio show Manifesting Awesomeness on Voice America as well as calls for him to speak at events for audiences of all ages. He has spoken at Agape's International Conference, schools across Canada, Big Brother Big Sisters Canada, the Government of British Columbia and a number of years for the YM-YWCA of Canada.

Matthew is passionate about restoring the balance between nature, spirit and technology. After being trained in the very left brained world of Aerospace Engineering Matthew found himself being pulled to teachings that helped him train his intuition more deeply. For 10 years he worked at the YM-YWCA as a personal trainer and Medical Exercise Specialist, bringing in guidance that worked with mind, body and spirit. Through the practice of Kriya Yoga, and some gentle nudging from a loving wife, Nicole Powell, Matthew's gift of intuition became much more finely tuned. Now with his depth of experience with the process of the Gene Keys, something he has studied since 2012, he is able to show people practical ways to integrate spiritual principles in their daily life and embrace the gifts that they were born to share.